After his offer to surrender had been declined, Charles moved his army into position. Surrounding the town (except for the River Rhine which was passing directly beneath the eastern city walls), Charles put his forces opposite the 5 city gates. His main force, soldiers from Burgundy and Picardy, were arrayed in front of the Obergate.The second largest unit, Lombardian mercenaries, were put in front of the Rheingate. The English had their camp southeast of Neuss.The Neussers had not been idle in the meantime, they secured their already strong gates with Bollwerke, additional structures of earth amd timber. More important, they stocked massive supplies of food and gunpowder.

Charles wasted no time: on 29th July 1474 he attacked with 6.000 men towards the Obergate. The Neussers, boasting with confidence, made a sortie and challenged the Burgundian force in an open field battle. Greatly outnumbered though, the Neussers had to withdrew quickly behind the gate. The approaching Burgundians were met by a hail of gunfire from the walls and had to withdraw. In the words of a Burgundian nobleman writing a letter home: The bullets were flying denser than arrows in a battle with the English.

Figures are Perry and Crusader with Perry head swaps. 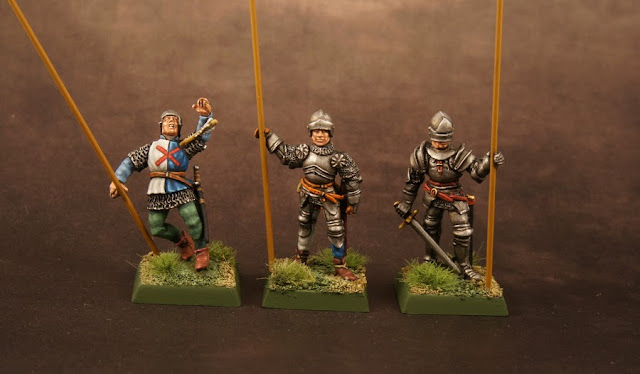 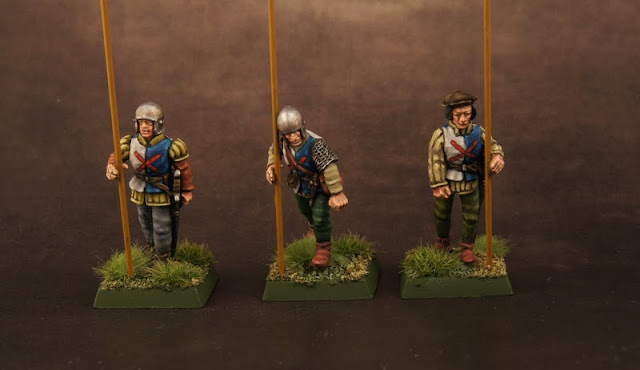