This time some men of the League of Towns, from Augsburg. I couldnt figure out exactly whether they used this flag in 1388 alreday but it looks nice ;-) The two knightly figures supposed to be wealthy Patrizier of Augsburg. Figures by Claymore. 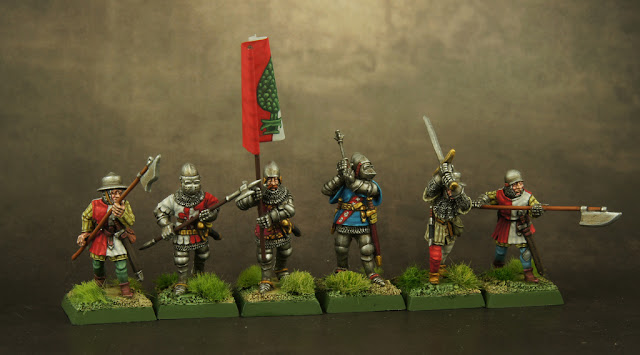 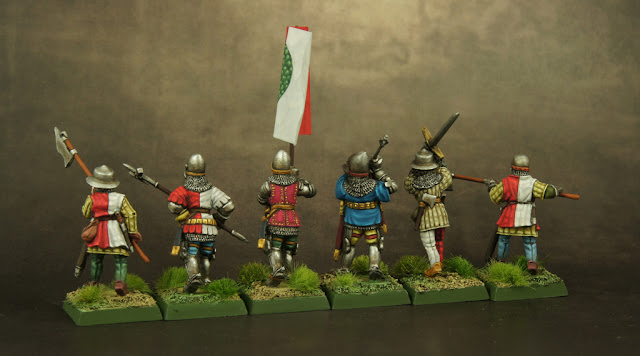 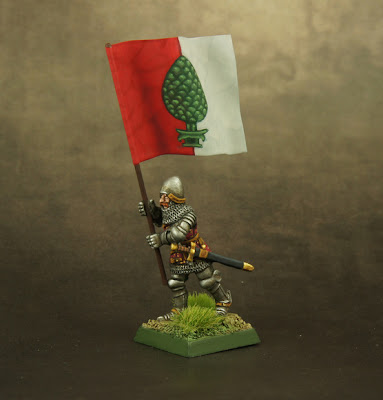 Duke Charles soon realised that his siege efforts would be fruitless without having isolated the town from the supply via the waterway. The Neussers received provisions, ammunition and reinforcements from shipments arriving on the two islands in the River Rhine near the eastern city walls. Charles put all his efforts to capture these two small islands "Weid" and "Wert".On 6th August 1474 a Burgundian landing party attacked the larger "Weid" island. The Neussers send reinforcements by boat and a bitter struggle developed. During the fight, the flag bearer of the Burgundians, a giant Ethopian named Christoph was captured. His red flag bearing the inscription: "His maximum est periculum,qui maxime timent." (Those are most in danger, who show the most fear). He was paraded through the streets of Neuss and must have appeared as the true devil to the Neussers, even more so as he managed to escape a few days later! The Burgundians lost nearly 200 men that day but managed to finally capture the islands on 11th August. 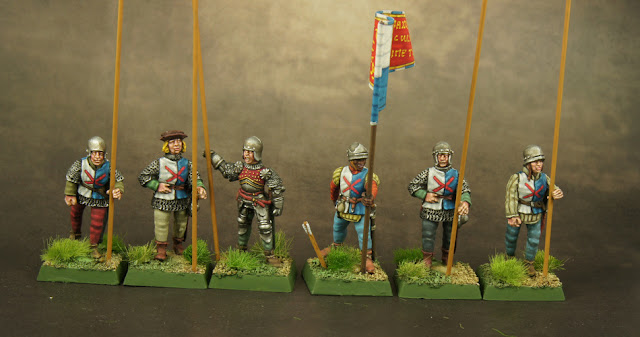 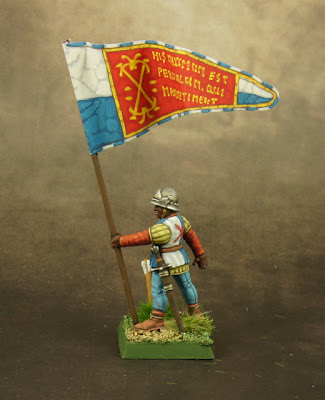 and the complete unit 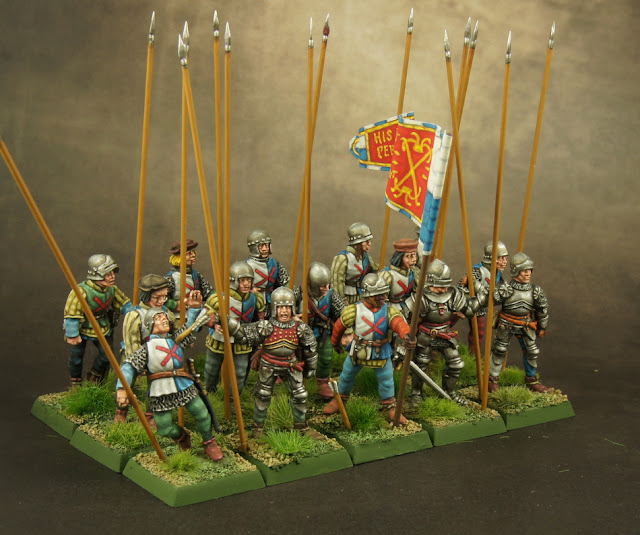 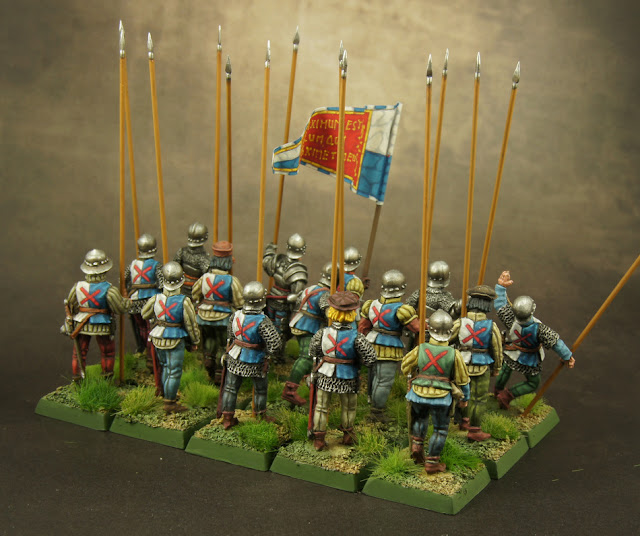