Uruks, actually. It was around Christmas last year, the traditional time they show Harry Potter and LOTR films in German TV, that I got the idea for doing some orcs. I have to admit I was never a huge fan of the LOTR films, too much mainstream fantasy and too much Hollywood for my taste. Imagine what could have happened if someone like Hayao Miyazaki instead of Mr. "Braindead" decided to take a chance on Tolkien ;-). However, what I did like was Jacksons depiction of the orcs, their rather human appearance instead of some Warhammerish monsterkin with heads between their shoulders.
So I got this cheap ebay deal with lots of broken pole weapons that I replaced with Perry metal yari. I struggled with the colour scheme a bit. The first trial model had the films black armour and brownish skin but turned out too dark. 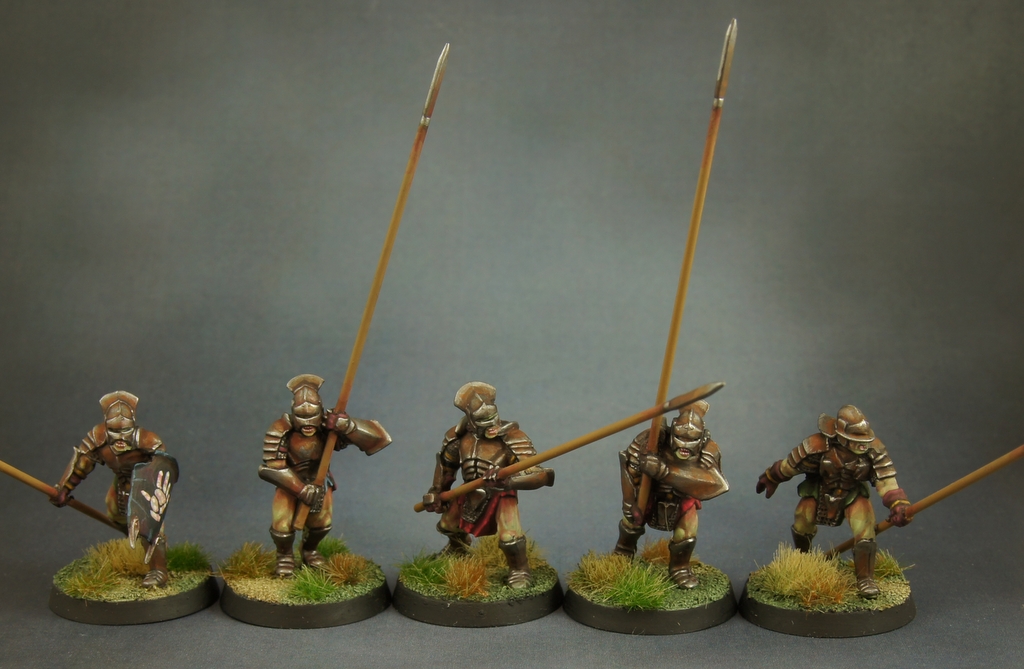 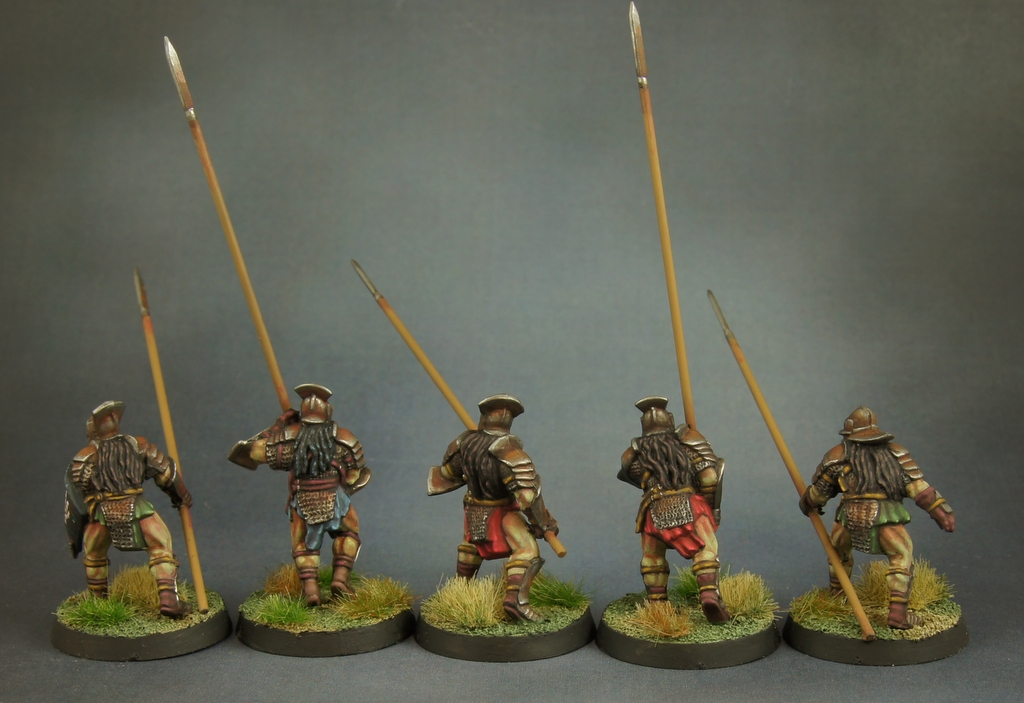 It appeared to me lately that I am really short of artillery for a siege theme. Since Charles was an outspoken friend of these modern weapons of warfare, I will expand his artillery park during this year. A Perry cannon and crew for a start. 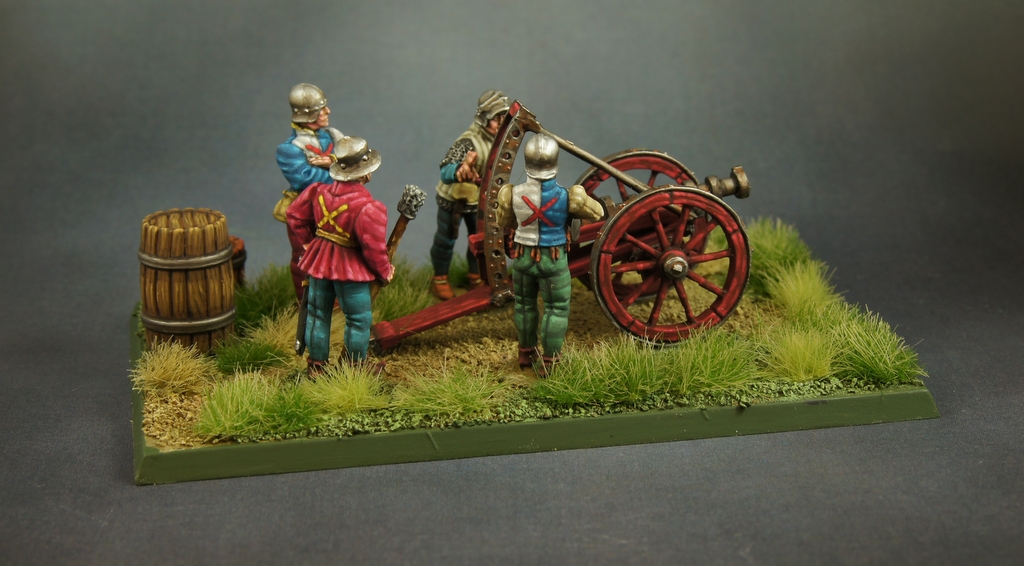 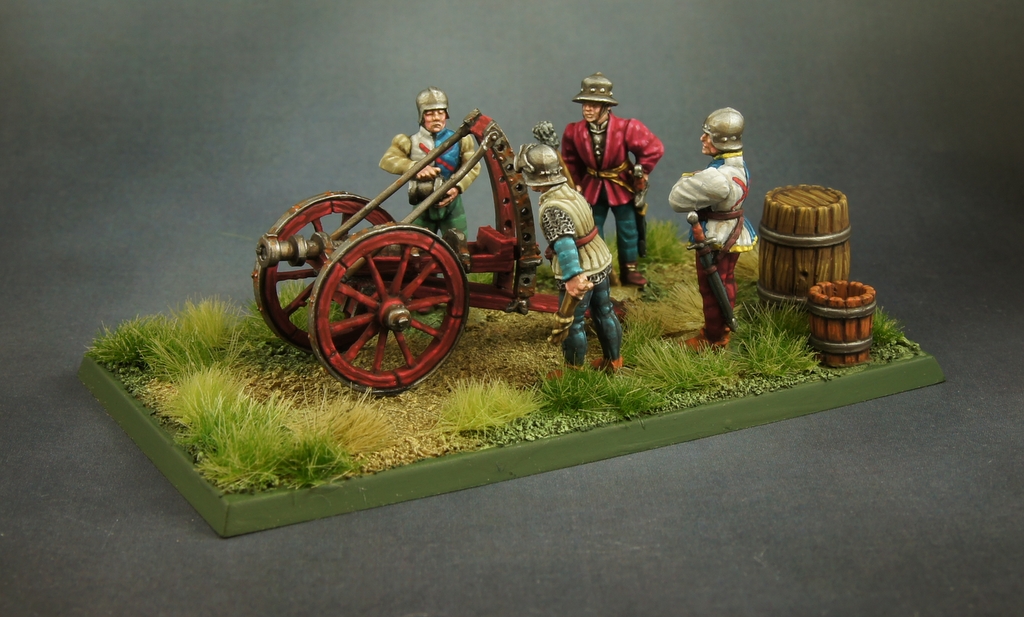 The shape of things to come

The year has just started and the box of unpainted figures is bursting at the seams already. My wife ordered me to buy more boxes when plastic figures started appearing on book shelves in the living room. So whats on the desk in 2015? Mainly this:
- More Perry late medievals (of course!)
- More Chaos stuff (the year of Khorne)
- 20mm WWII (tanks and figures)
- Landsknechte
- Samurai
- LOTR Orcs (safe to start now that the movies are all over)
- AWI
- Zombies
-...

Dragon Model with some Grubby/Britannia riders. Though blessed with a clumsy design, underpowered/overweight, unreliable and thus very limited in its practical use, the Jagdtiger has always been a favourite kit of modelers and I am no exeption ;-) 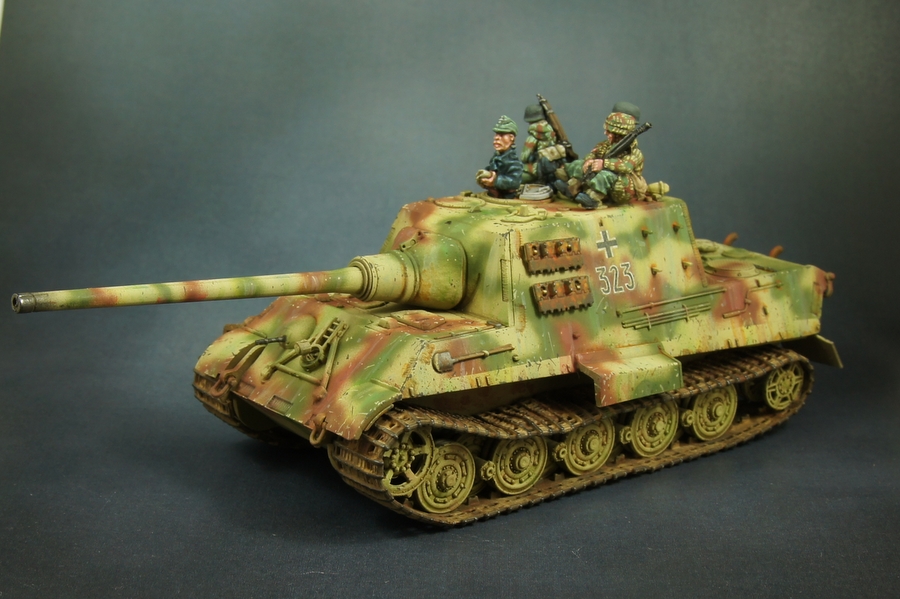 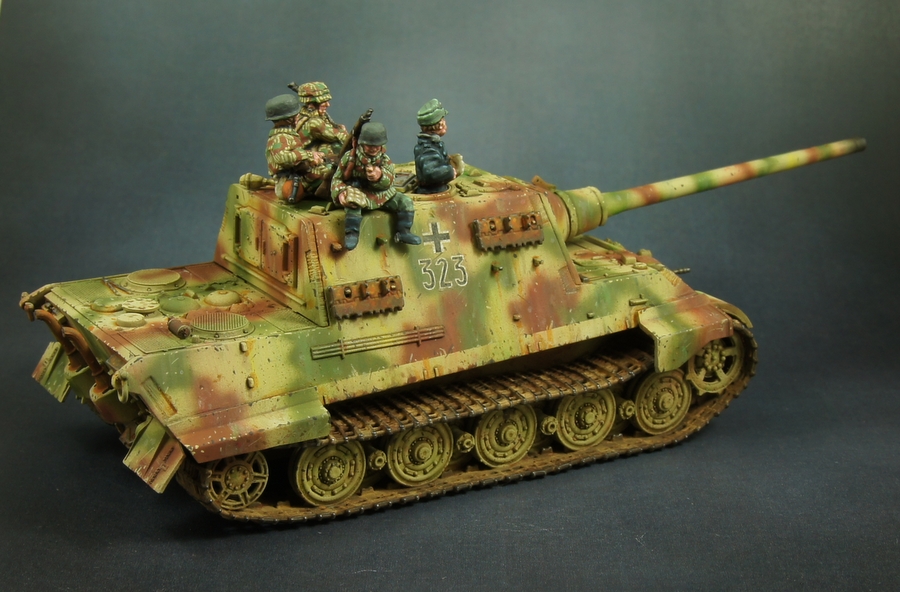