Basically a test in painting and shading for a bigger figure, this is a Mantic enforcer with a much better head option ;-) Merry Xmas! 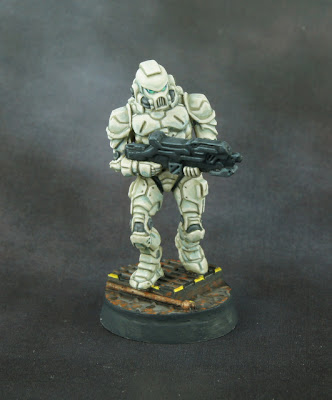 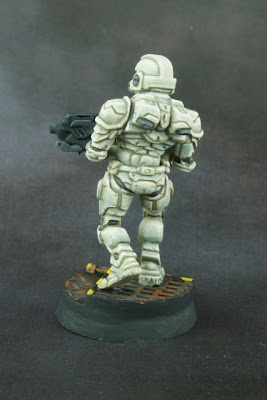 Defenders of Neuss - first unit finished. The flag changed after the end of the siege when the emperor allowed the Neussers to incorporate the imperial eagle into the flag for their endurance during the siege. 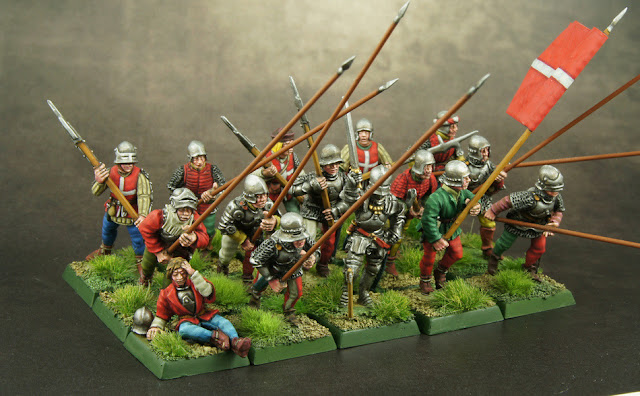 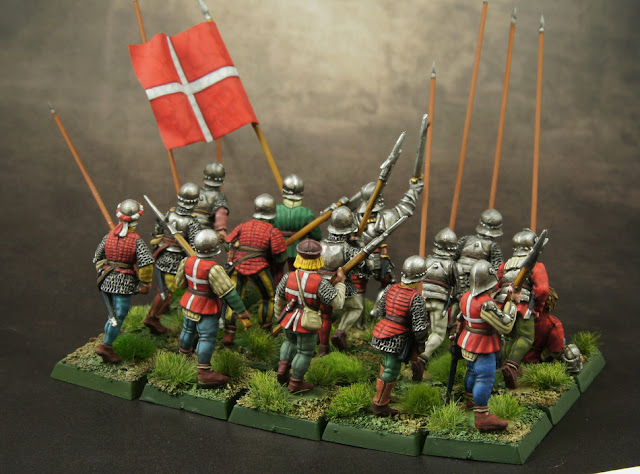 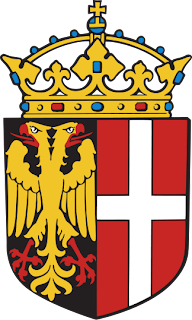 As the siege continued and the weeks went by without any sign of the imperial relief force, first shortages began to appear. Interestingly enough, it was neither famine nor sickness but the lack of gun powder that proved to be the first real challenge for the Neussers. In November 1474 nearly all salpetre supplies had been exhausted, the guns fell silent. In this serious situation two messengers managed to get to the city of cologne to ask for help. 550 volunteers from cologne, each equipped with a 10 pound bag of salpetre, set forth to the besieged town. Having found out the Burgundian watchword the men from cologne miraculously made it at night through the siege ring into Neuss. Troop movements in the Burgundian camp, reinforcements from Flanders and Brabant, did surely help this feat. The successful supply coup was a boost to the morale of the besieged Neussers and Landgraf Hermann let all the church bells ring at the arrival of the volunteers. Duke Charles was enraged and sent a troop of Burgundians and English to destroy the hamlet and kill the farmers who had given shelter to the two messengers. 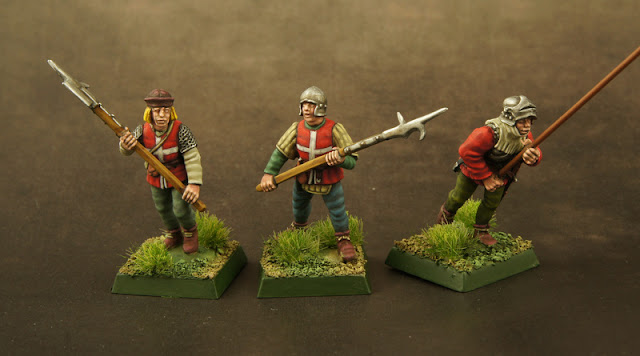 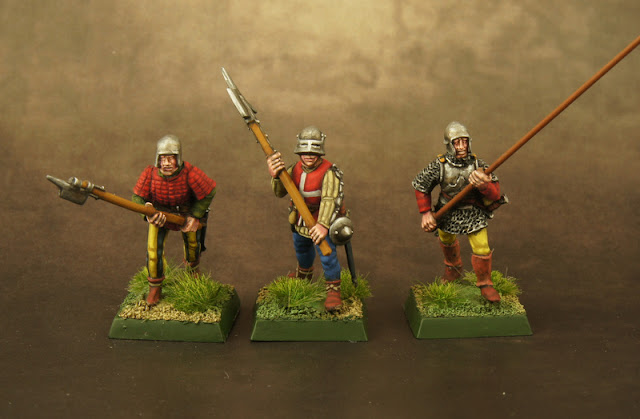 Moving on with the project! This time some Neussers, trying to make red the predominant colour of the unit to get some contrast to the burgundians white and blue.More to come! 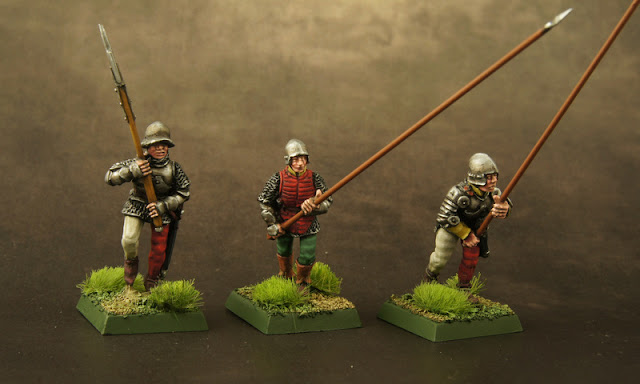 More Hessians! Figures from the Perry AWI range. There seems to be an uncertainty about the colour of the Rall regimental flag (if any). I went for the light blue one as pictured in the Reese book, however there are others depicted as green or black... 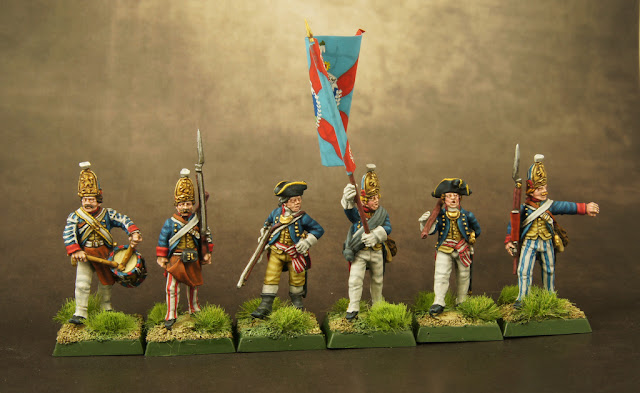 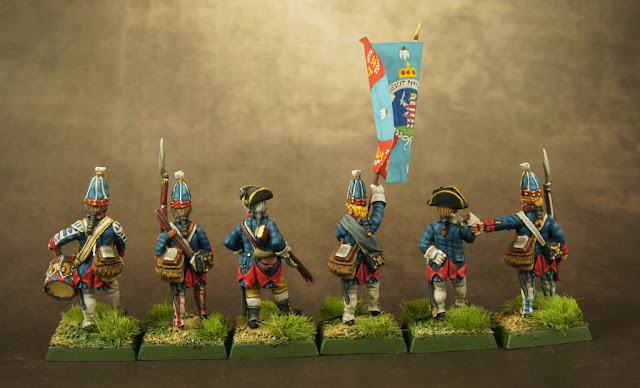 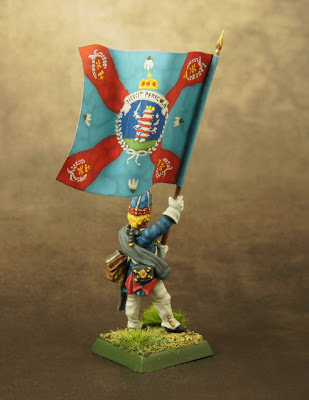