Fought between the forces of the League of Towns ( Augsburg, Ulm, Nuremberg, Regensburg etc.) and the League of Princes (Count of Württemberg, Burgrave of Nuremberg, Count Palatine of the Rhine and lesser nobles), the battle took place near the village of Doeffingen on 23rd August 1388. The battle marked the highpoint of a series of clashes in southern Germany between the forces of different imperial cities and towns fighting the local nobility for power and priviliges. The army of the League of Towns consisted mainly of mercenaries hired by the towns under the command of the Ulmer captain Konrad Besserer. Their host had been active for several months devastating the countryside of Württemberg and Swabia. The army which was put up by the League of Princes to meet this threat consisted mainly of knights and armed peasant levies under the command of Eberhard II. Count of Württemberg. There is not much known about the battle itself. Apparently the knights were eager for victory and the vanguard charged in disorder into the opposing mercenaries. This mounted assault was pushed back and Eberhards son Ulrich was killed during the fight. The main army of the Princes charged then and the battle held on until a small force of the bailiff of Herrenberg appeared in the back of the Town forces which caused them to break and flee. The mercenaries of Franconia and the Rhine were accused of beeing the first to run, the Nurembergers were even accused of treachery. For the League of Towns this battle was a turning point for they were not able to field an army again soon and the smaller imperial towns experienced a decline of their power. The nobility came out of the crisis strengthened.

The figures are by Claymore Castings from their Otterburn range and show the Count of Württemberg. 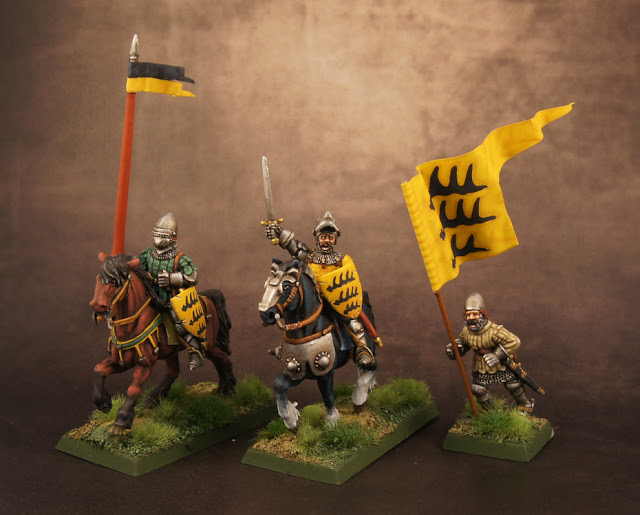 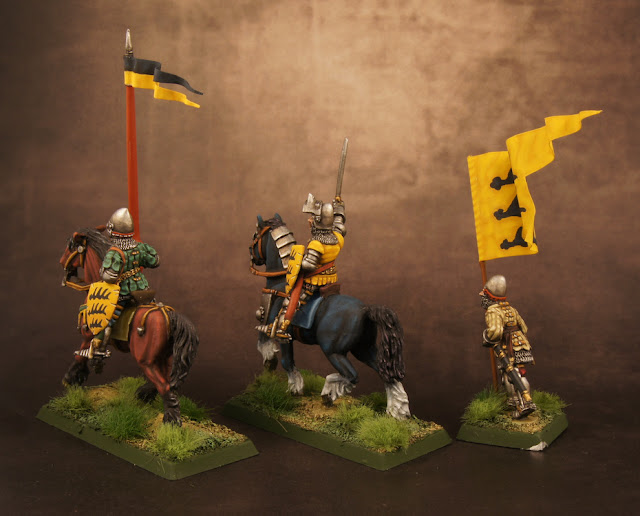