I always wanted to check out one of those Mierce resin monsters with their unspeakable names. I know that there are a lot of people out there that bear a grudge against the owner of Mierce from his Maelstrom days. I really cannot comment on these issues since I just dont know enough about them. However, since their first appearance I quite liked the style of those Banebeasts, later Darklands figures. And when Mierce came out with an undead range ("Jutes") I found a reason to buy one - a dreaguth warrior - using him as a barrow wight for LOTR.

Check out the photos below. Its a delicate yet dynamic sculpt that captures the essence of such an undead apparition very well: hooded skull, bony claws, rusty sword and flying garments. All in all nicely done but a bit fragile, would be better in metal I would think. Though its a big miniature, its proportions match the 25mm scale of the LOTR figure range quite well. 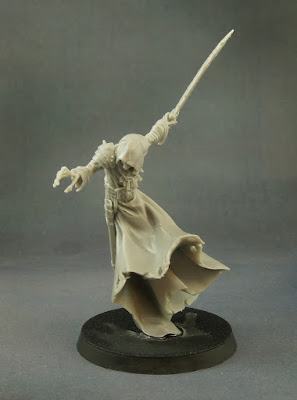 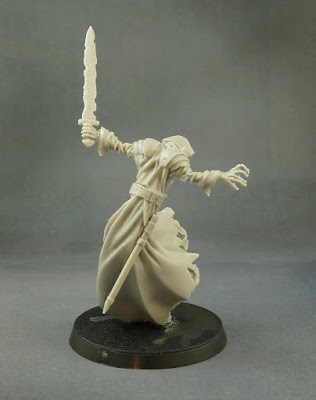 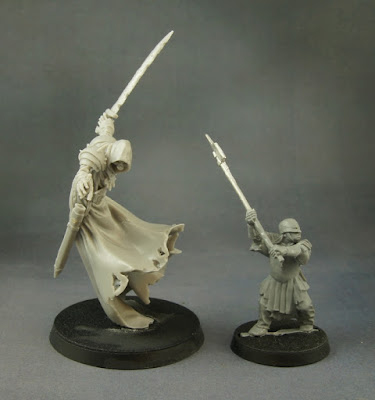