The little scene is inspired by events told by the chronicler of the siege of Neuss. According to Cristianus Wierstrait the following has happened:

On the 17th of April 1475 Duke Charles ordered another major attack on the defences of Neuss. During the heavy fighting Flemish troops managed to breach the outer walls between Obergate and Zollgate. In the end the Neussers could repel the Burgundians once again but the casualties had been extraordinary high. In the following days Landgraf Hermann and the City Council conferred whether it was reasonable to carry on with the resistance or whether they should enter into negotiations to surrender. Still there had been no sign of any Imperial relief force and the siege had been dragging on for nearly a year now.

In this dire situation the City Council decided it would be best to ask for the help of heaven and to arrange for a pilgrimage to the chapel close to the Obergate. Led by the mayor the procession reached the chapel when a messenger suddenly pressed forward. In his hands he held a stone cannon ball which he had retrieved from the river after it had been shot from the Cologne side. The cannon ball contained a paper with the message that the Imperial relief force had finally reached Cologne. All thoughts of surrender were off the table now and the resistance was reinforced once again.

The critical moment was captured in verse form by Wierstrait and later transferred into a poem pictured below. 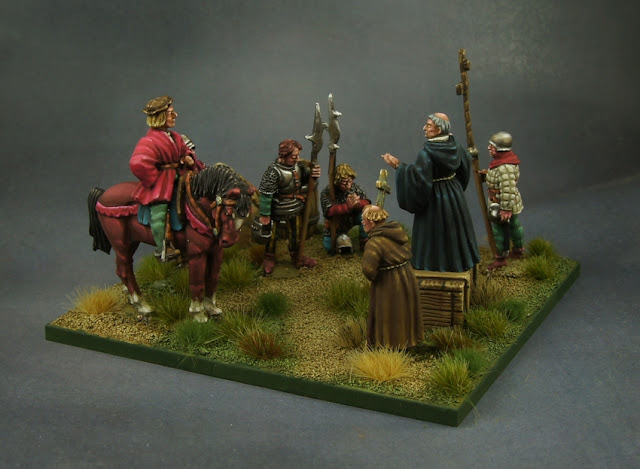 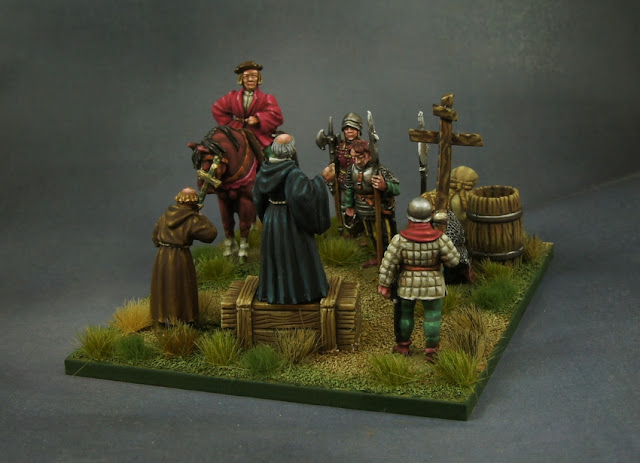 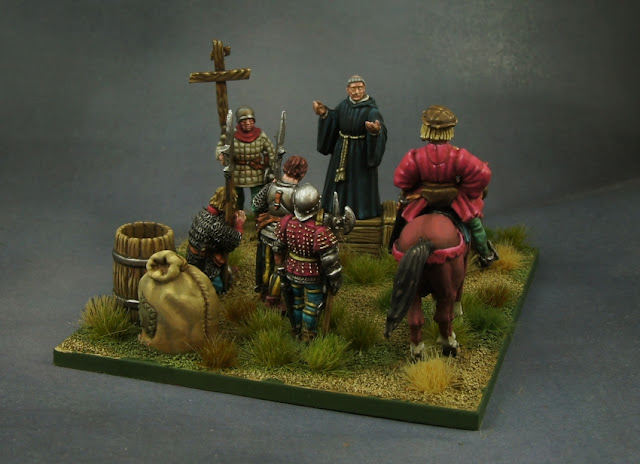 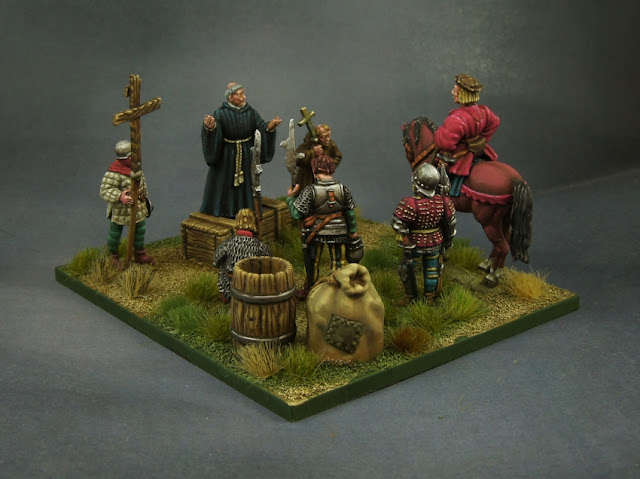 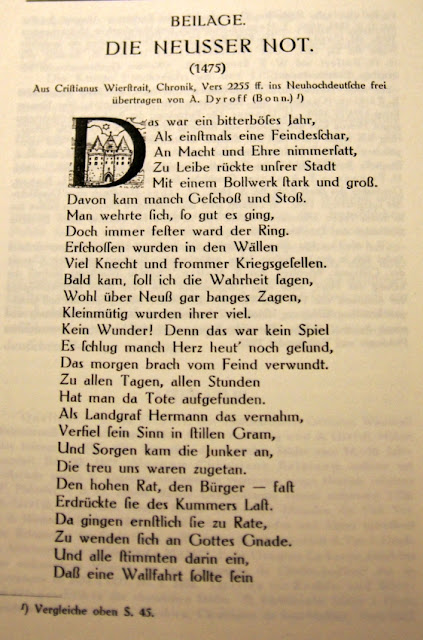 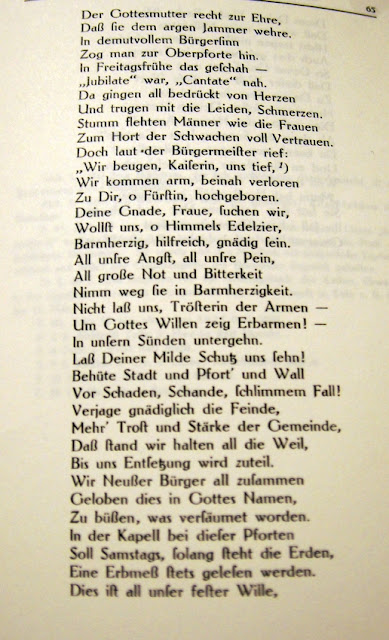 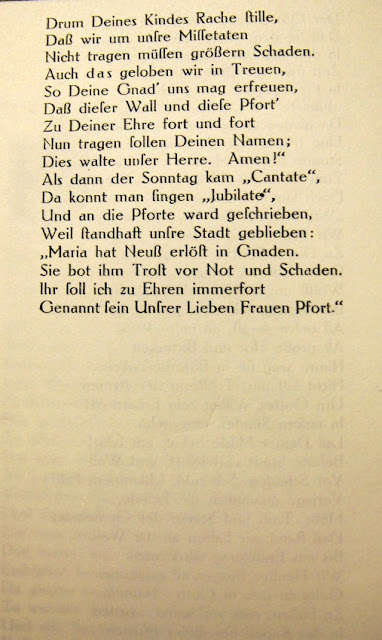